Sahih International
And Allah had certainly fulfilled His promise to you when you were killing the enemy by His permission until [the time] when you lost courage and fell to disputing about the order [given by the Prophet] and disobeyed after He had shown you that which you love. Among you are some who desire this world, and among you are some who desire the Hereafter. Then he turned you back from them [defeated] that He might test you. And He has already forgiven you, and Allah is the possessor of bounty for the believers

Sahih International
Those [believers] who responded to Allah and the Messenger after injury had struck them. For those who did good among them and feared Allah is a great reward -

Sahih International
Allah would not leave the believers in that [state] you are in [presently] until He separates the evil from the good. Nor would Allah reveal to you the unseen. But [instead], Allah chooses of His messengers whom He wills, so believe in Allah and His messengers. And if you believe and fear Him, then for you is a great reward.

Sahih International
Indeed, in the creation of the heavens and the earth and the alternation of the night and the day are signs for those of understanding.

Sahih International
O you who have believed, persevere and endure and remain stationed and fear Allah that you may be successful.

Sahih International
And give to the orphans their properties and do not substitute the defective [of your own] for the good [of theirs]. And do not consume their properties into your own. Indeed, that is ever a great sin.

Sahih International
And test the orphans [in their abilities] until they reach marriageable age. Then if you perceive in them sound judgement, release their property to them. And do not consume it excessively and quickly, [anticipating] that they will grow up. And whoever, [when acting as guardian], is self-sufficient should refrain [from taking a fee]; and whoever is poor - let him take according to what is acceptable. Then when you release their property to them, bring witnesses upon them. And sufficient is Allah as Accountant.

Sahih International
Allah instructs you concerning your children: for the male, what is equal to the share of two females. But if there are [only] daughters, two or more, for them is two thirds of one's estate. And if there is only one, for her is half. And for one's parents, to each one of them is a sixth of his estate if he left children. But if he had no children and the parents [alone] inherit from him, then for his mother is one third. And if he had brothers [or sisters], for his mother is a sixth, after any bequest he [may have] made or debt. Your parents or your children - you know not which of them are nearest to you in benefit. [These shares are] an obligation [imposed] by Allah . Indeed, Allah is ever Knowing and Wise.

Sahih International
O you who have believed, do not consume one another's wealth unjustly but only [in lawful] business by mutual consent. And do not kill yourselves [or one another]. Indeed, Allah is to you ever Merciful.

Sahih International
Look how they invent about Allah untruth, and sufficient is that as a manifest sin.

Sahih International
And then We would have given them from Us a great reward.

Sahih International
Then do they not reflect upon the Qur'an? If it had been from [any] other than Allah , they would have found within it much contradiction.

Sahih International
For those it is expected that Allah will pardon them, and Allah is ever Pardoning and Forgiving.

1:1 Surat Al-Fātiĥah: In the name of Allah , the Entirely Merciful, the Especially Merciful.

1:7 Surat Al-Fātiĥah: The path of those upon whom You have bestowed favor, not of those who have evoked [Your] anger or of those who are astray.

2:2 Surat Al-Baqarah: This is the Book about which there is no doubt, a guidance for those conscious of Allah.

Verse 2:8 and 2:9 Surat Al-Baqarah: And of the people are some who say, "We believe in Allah and the Last Day," but they are not believers. They [think to] deceive Allah and those who believe, but they deceive not except themselves and perceive [it] not.

Verse 2:14 Surat Al-Baqarah: And when they meet those who believe, they say, "We believe"; but when they are alone with their evil ones, they say, "Indeed, we are with you; we were only mockers."

Verse 2:22 Surat Al-Baqarah: [He] who made for you the earth a bed [spread out] and the sky a ceiling and sent down from the sky, rain and brought forth thereby fruits as provision for you. So do not attribute to Allah equals while you know [that there is nothing similar to Him].

Verse 2:27 Surat Al-Baqarah: Who break the covenant of Allah after contracting it and sever that which Allah has ordered to be joined and cause corruption on earth. It is those who are the losers.

Verse 2:28 Surat Al-Baqarah: How can you disbelieve in Allah when you were lifeless and He brought you to life; then He will cause you to die, then He will bring you [back] to life, and then to Him you will be returned. 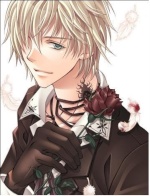 Some imPortant verses chosen by me

It is He who created for you all of that which is on the earth. Then He directed Himself to the heaven, [His being above all creation], and made them seven heavens, and He is Knowing of all things.(varse 2:29 )

And [mention, O Muhammad], when your Lord said to the angels, "Indeed, I will make upon the earth a successive authority." They said, "Will You place upon it one who causes corruption therein and sheds blood, while we declare Your praise and sanctify You?" Allah said, "Indeed, I know that which you do not know."(2:30 )

And He taught Adam the names - all of them. Then He showed them to the angels and said, "Inform Me of the names of these, if you are truthful." ( varse 2:31)

They said, "Exalted are You; we have no knowledge except what You have taught us. Indeed, it is You who is the Knowing ( varse 2:32 )


Indeed, Allah is not timid to present an example - that of a mosquito or what is smaller than it. And those who have believed know that it is the truth from their Lord. But as for those who disbelieve, they say, "What did Allah intend by this as an example?" He misleads many thereby and guides many thereby. And He misleads not except the defiantly disobedient, (varse 2:26 )

Who break the covenant of Allah after contracting it and sever that which Allah has ordered to be joined and cause corruption on earth. It is those who are the losers.(varse 2:27 )

How can you disbelieve in Allah when you were lifeless and He brought you to life; then He will cause you to die, then He will bring you [back] to life, and then to Him you will be returned.(varse 2:28)


O mankind, worship your Lord, who created you and those before you, that you may become righteous - (varse 2:21 )

[He] who made for you the earth a bed [spread out] and the sky a ceiling and sent down from the sky, rain and brought forth thereby fruits as provision for you. So do not attribute to Allah equals while you know [that there is nothing similar to Him].(varse 2:22)

And if you are in doubt about what We have sent down upon Our Servant [Muhammad], then produce a surah the like thereof and call upon your witnesses other than Allah , if you should be truthful.( varse 2 :23)

But if you do not - and you will never be able to - then fear the Fire, whose fuel is men and stones, prepared for the disbelievers. (varse 2 :24)

Allah - there is no deity except Him, the Ever-Living, the Sustainer of existence.
3:3
Nazzala AAalayka alkitaba bilhaqqi musaddiqan lima bayna yadayhi waanzala attawratawal-injeel
He has sent down upon you, [O Muhammad], the Book in truth, confirming what was before it. And He revealed the Torah and the Gospel.
3:4
Min qablu hudan linnasiwaanzala alfurqana inna allatheena kafaroo bi-ayatiAllahi lahum AAathabun shadeedun wallahuAAazeezun thoo intiqam

Before, as guidance for the people. And He revealed the Qur'an. Indeed, those who disbelieve in the verses of Allah will have a severe punishment, and Allah is exalted in Might, the Owner of Retribution.

Some important verses from Surah Al-Anfal

(punishment for disbelievers)
4:102
to top

Sahih International
And when you are among them and lead them in prayer, let a group of them stand [in prayer] with you and let them carry their arms. And when they have prostrated, let them be [in position] behind you and have the other group come forward which has not [yet] prayed and let them pray with you, taking precaution and carrying their arms. Those who disbelieve wish that you would neglect your weapons and your baggage so they could come down upon you in one [single] attack. But there is no blame upon you, if you are troubled by rain or are ill, for putting down your arms, but take precaution. Indeed, Allah has prepared for the disbelievers a humiliating punishment.

Sahih International
And they request from you, [O Muhammad], a [legal] ruling concerning women. Say, " Allah gives you a ruling about them and [about] what has been recited to you in the Book concerning the orphan girls to whom you do not give what is decreed for them - and [yet] you desire to marry them - and concerning the oppressed among children and that you maintain for orphans [their rights] in justice." And whatever you do of good - indeed, Allah is ever Knowing of it.

Sahih International
O you who have believed, be persistently standing firm in justice, witnesses for Allah , even if it be against yourselves or parents and relatives. Whether one is rich or poor, Allah is more worthy of both. So follow not [personal] inclination, lest you not be just. And if you distort [your testimony] or refuse [to give it], then indeed Allah is ever, with what you do, Acquainted.

Sahih International
They request from you a [legal] ruling. Say, " Allah gives you a ruling concerning one having neither descendants nor ascendants [as heirs]." If a man dies, leaving no child but [only] a sister, she will have half of what he left. And he inherits from her if she [dies and] has no child. But if there are two sisters [or more], they will have two-thirds of what he left. If there are both brothers and sisters, the male will have the share of two females. Allah makes clear to you [His law], lest you go astray. And Allah is Knowing of all things.

Re: First Step of Reformation