Aslam Alaikum brothers and sisters, Here you can give your ideas and opinions for the progress of RTW team. Feel free to give your any idea or opinion. We ensure you that your ideas or opinions will be respected.

Assalam o 'Alaikum!
Actually, I wanted this site to be more informative. It is true that Quran it the only thing which will hold Muslims together but to take actions on the words of Quran, one needs an example to see so he can also do like that.
Allah sent Hazrat Muhammad SAW as a Perfect Example for us. He SAW expalned every verse of Quran either by taking actions or saying further explanation. The Actions and Deeds that Prophet SAW had done and the sayings of him SAW during his life were noted down and collected by his Companions RA'A in text-form, which are known as Hadiths so that the Future Generations can also follow the special Guide Lines of Muhammad SAW with the Verses of Quran.
RTW forums is exactly the kind of site I like so I want the owner and leader of this Team to add another step for Collecting Hadiths. To make sure anyone do not post any wrong Hadith, he/she had to give a reliable source form which the Hadith had been taken e.g. http://www.sahih-bukhari.com or http://www.quran-o-sunnah.com/ .
I'd like the First Step to be that of posting Verses from Quran, second to post Hadiths and third to Post on the Life of Great Men. I'll explain 'bout the Life of Great Men in next Idea Post of Mine...
Please :"Think 100 times before doing Something", Quaid e Azam.

Baber i liked your idea 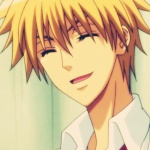 awesome idea, keep it up broo

Assalam o 'Alaikum!
I was thinking what Day should be selected for Hadith's Posting but rather than to came up with an idea to select a Day; I came up with another Idea.. I think there shouldn't be a day fixed for Hadith's Posting nor for Verses. We are Muslims and We think of Muslims and We are Muslims all the Life and We should think of Muslims all the Life. There shouldn't be a fixed day but rather, we should post when we like. Most people will not get free on Friday to post anything, then?
I prefer this Idea of Posting when Liked. Remaining is on You, whether you like or not!

STEPS FOR REFORMATION OF WORLD:
Current there are two steps added for the Reformation of World.
1) Quran
2) Hadiths
But I would like other members to show how to act on the words of Quran and Hadiths; and I think of only one way. The only way is to look on the Life style of Muslims that acheived the great of Islam. I would want them to know about the Hero's of Islam. First is Hazrat Muhammad SAW. We should discuss how he spent his life. How he ate, how he dressed, how he styled and which fashion did he do. Like-wise, I would like to discuss about Hazrat Abu Bakr RA, Hazrat Umar RA, Hazrat Ali RA and Hazrat Usman RA. Hazrat Abu Huraira RA and Hazrat Hassan and Hussain RA'A. They were the best. Even after them, many people with great life came like Imam Abu Hanifa RA, Iman Shafi RA and Sheikh Abdul Qadir Jilani RA and Sheikh Sa'adi RA. Those who live their life with the best like Allama Muhammad Iqbal.
This would greatly affect the life of Muslims when discussed about them but I would want to do so for the women too. I'd like to discuss Hazrat Khadija RA, Hazrat Fatima RA, Hazrat Umm Qulsoom RA and the women that greatly affect the spread of Islam.
So the third step would be :
3) Life of Great People.
In this step we can discuss how Hazrat Muhammad RA looked like because we don't even know this much. About how they were able to spread Islam that we can't do. So this step should also be supposed to be taken as a neccessary step.

Re: Ideas and Opinions

Similar topics
» Opinions For The Second Step Of Reformation