Hey, I need a bit explanation for this quote.. 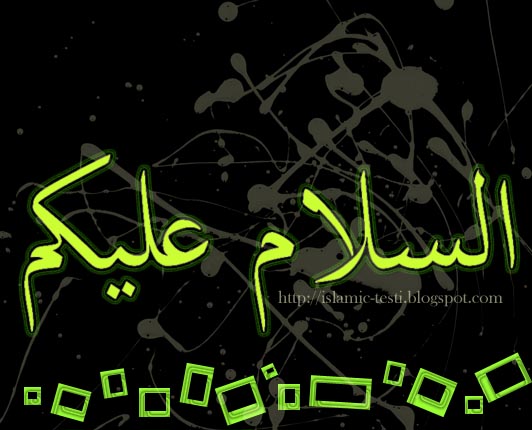 Ahan I see... We nowadays are too busy with our outer appearance and never look onto how our inner self looks like. While trying to improve our bodies, we have already become dead from the insides. Our heart are long dead, black and roasted. The blood in our veins are madup of cells whose nucleus is destroyed. Cell plasma is wasted, cell membrane is roasted. Our heart, mind, thoughts are no more concerning the light of life. We think darkness is what make us cool. We want to be hot, while forgetting the warmth of life.
Sorry to all of you, and thanks. I might have forgotten something important. I always wanted to be warm and gentle. I wanted to be someone who is friendly and keeps good relations. I wanted Allah to be happy with me, and let people of the Earth know the warmth and goodness of ISLAM.. I wamted to spread Islam...but I don't know what happened, I lost that will.. I forgot my goal. I was just too consumed with worldly tasks.. For my own selfishness, I think I made alot of people sad... I really went up to sky where there is nothing for me to stand unto... I can already feel I will fall someday... Thanks, I remembered my goal again now... I will harden my inner self now. I will make my each cell that regualtes through my arteries and vien, vowing the name of Allah. I will spread Islam, to my 360 directions. I will live up to my goal. Jazakallah, Thanks again.

So, just like Sohail explained it, this quote talks about the muslims nowdays. The way they are different from the muslims of the old times.
“The generations of those days were blessed with glowing hearts and an affectionate setting. Unyielding security and peace ruled everywhere. Mobs, anarchy, tyranny, deep state, unsolved murders… these crimes that we experience so much today were unknown to those generations. They were foreign words, for order, harmony, justice, and mercy prevailed in their realm.” – Fetullah Gülen
People of those days stayed away from crimes, illegall things, drugs, cheating. They were all as one single body, in which also the cells, tissues and organs were strong and healthy. The people acted on forgiveness and courage, breathed with sacrifice and sincerity. They were on a straight track with a clear road map in their hands.

Whereas the muslims nowdays, are way different from them. They are affected by the new capitalism system, who try to divide the muslims, and not let them be a single body, and urge them to do bad deeds. And this way, the unmuslims are reaching their purpose, to divide muslims, but we should not please them by doing that, we should rather stay all together, and be strong and not to let them beat us.
Muslims nowdays, just like Sohail said, they do lie a lot. By lying, they think that they will be saved by this or that thing, and is Satan who makes them think like that, he lies them. While if they said the truth, then that surely would be the best for them, but surely if they would tell the truth that is the best for them, even though they don’t realize that.
The Prophet said, "Whoever has the following four (characteristics) will be a pure hypocrite and whoever has one of the following four characteristics will have one characteristic of hypocrisy unless and until he gives it up. 1. Whenever he is entrusted, he betrays. 2. Whenever he speaks, he tells a lie. 3. Whenever he makes a covenant, he proves treacherous. 4. Whenever he quarrels, he behaves in a very imprudent, evil and insulting manner."

Also nowdays, they spend lots of time watching TV or surfing, the internet and forgetting about their real duties as muslims. Or even pray late, or are lazy about praying. They do spend lots of hours watching lots of things, but when it comes to the Namaz, which lasts only for some minutes, they listen to the Satan. And I can tell this by personal experience.
[Iblees] said, "My Lord, because You have put me in error, I will surely make [disobedience] attractive to them on earth, and I will mislead them all. Except, among them, Your chosen servants." (15:39-40)